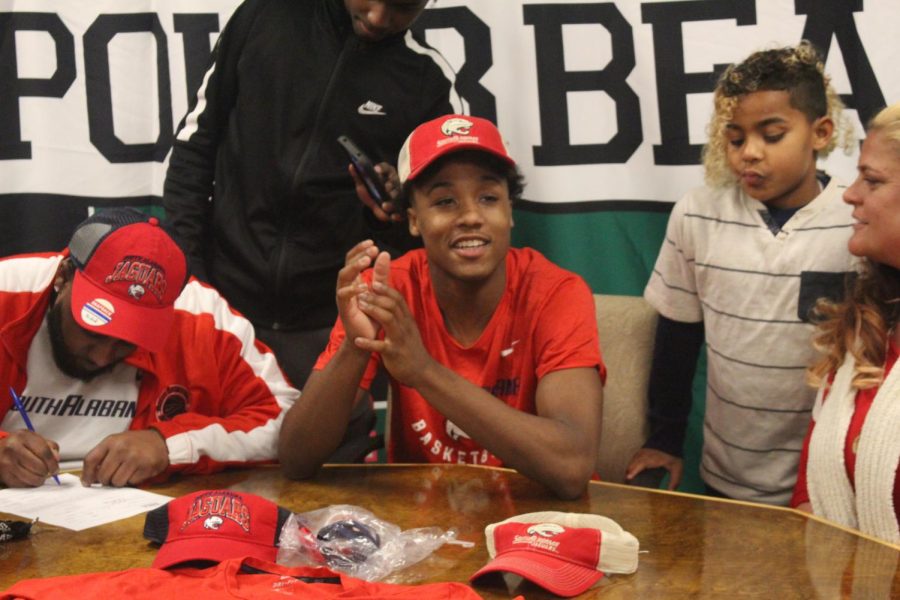 Tyreke Locure sports Panthers gear as he prepares to sign his commitment to play basketball for the University of Southern Alabama.

On Tuesday evening, North High senior Tyreke Locure signed his letter of intent to attend the University of Southern Alabama.

Locure, who currently plays basketball for North, will join the Panthers next fall as a freshman in college.

“It’s one of the best feelings ever,” Locure said of his signing. “When you’ve worked your whole life for this, there ain’t nothing like it.”

Among the attendees of the signing was activities’ administrative assistant, Teressa Buban. “It’s amazing. It’s been a long journey,” she said about Locure. “It really is a great day to be a polar bear.”

See more of Locure and the North High Polar Bears on the court later this month at the start of basketball season. The first home game will be on November 30 vs. Johnston.